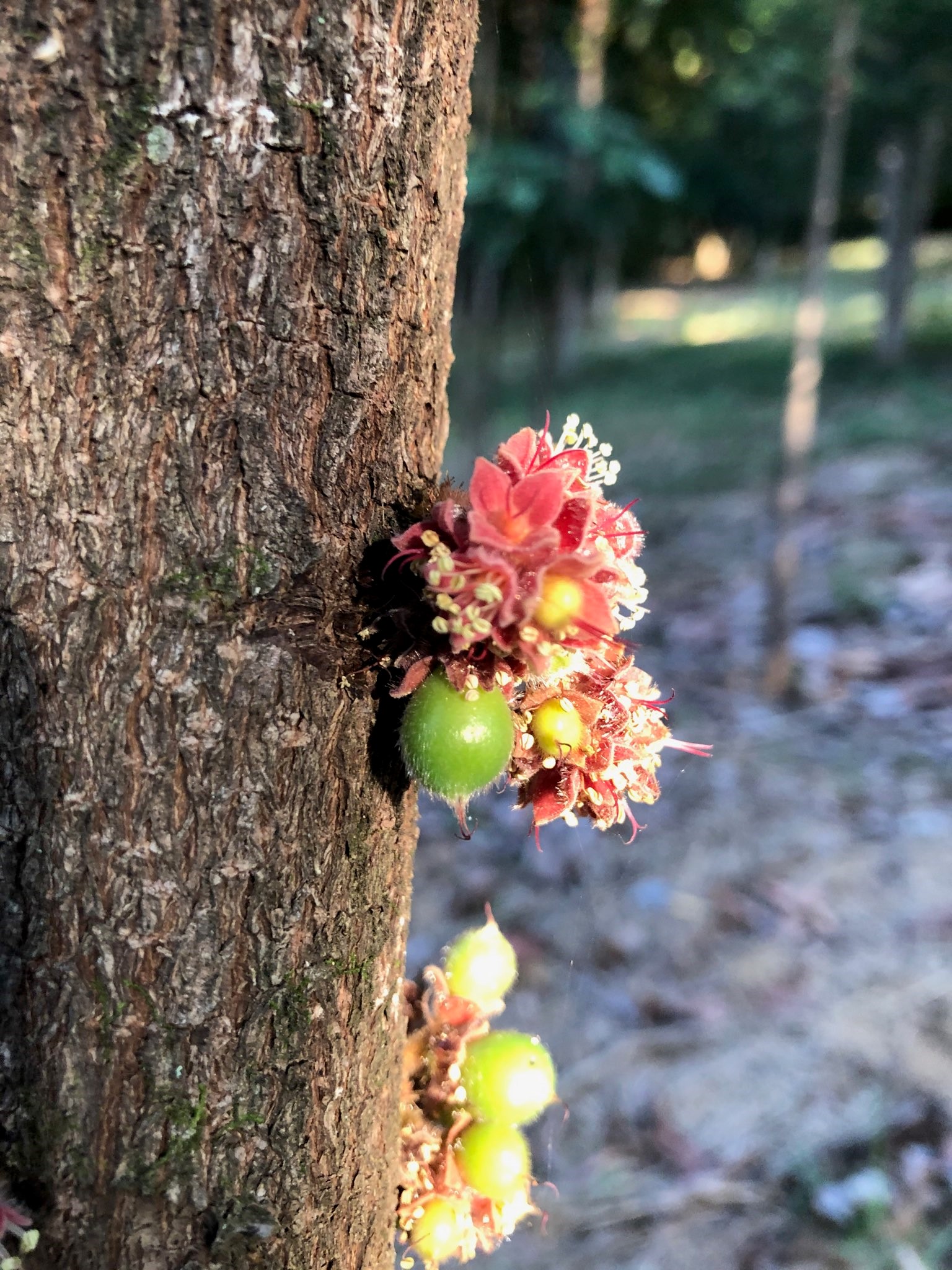 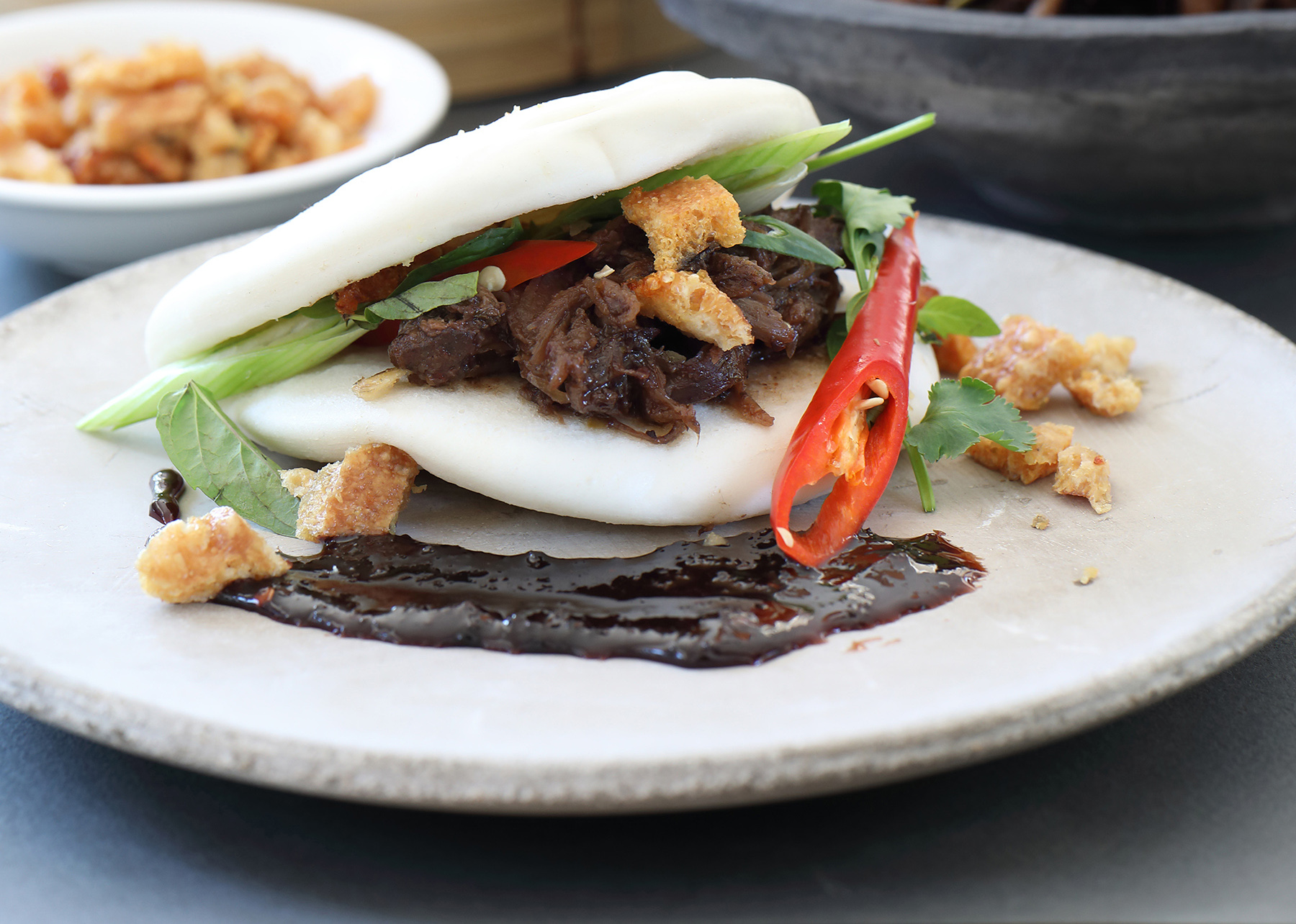 Davidson Plum is endemic to the tropical north of Australia as well as northern New South Wales. Another species of Davidson Plum known as ‘smooth Davidson Plum’ (Davidsonia johnsonii) is rare in the wild and bears more edible fruit. Davidson Plum fruit is very acidic and not usually eaten raw. The plums themselves grow in clusters of deeply coloured blue and black fruit.

Once cooked they provide a wonderful sour and tangy plum flavour, a deep earthy aroma, and rich colour. They can be stewed to make compôtes or used to make jams, chutneys and sauces. They have been described as having a taste similar to satsuma plum with both fruity and sour notes.

We stock two species of Davidson Plum. With one species being harvested in New South Wales’ winter and the other in Queensland’s summer.

We supply Davidson Plum as whole frozen fruit, powder and in tea flakes – email sales Contact Us Our Davidson Plum gelato and tonic can be found online below. 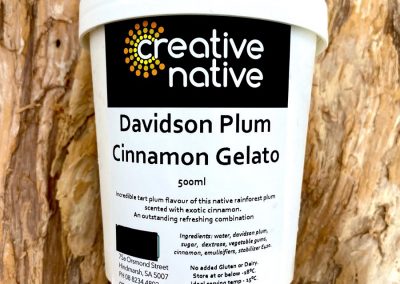 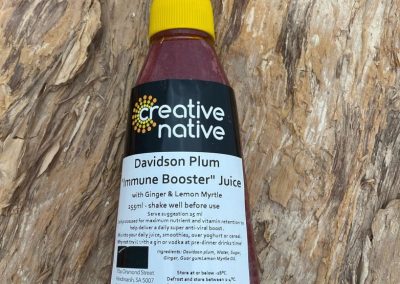 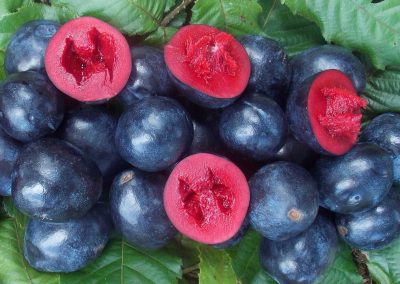